To recap, we defined tradition in the previous post as  an inherited, established, or customary pattern of thought, action, or behavior which is handed down by word of mouth or by example, from one generation to another without (necessarily) written instruction, which ensures cultural continuity in social attitudes, customs, and institutions.

Let me emphasize, first of all, that I do not think that tradition as a concept is bad. Tradition, like the culture it is a part of, is the means by which one generation  of a society transfers the collective of their learned experiences to another. It is the cultural ship which carries a people through the sometimes perilous waters of life. Tradition is good because it gives people a point of reference for how to deal with new situations and a means of preserving the values they deem worthy.

For example, it is a tradition in many Western Cameroonian cultures that if a man wants to marry a woman, he does a knock-door. This is a custom  which entails him paying her family a formal visit with members of his family, to introduce himself (and them) formally, express his interests and establish a good relationship between the two families. There are probably deeper shades of meaning to the practice, some of which are not quite kosher, but in basic terms, that is its purpose. The man and woman in question obviously have been engaged in courtship before the knock-door but the practice gives them a chance to formally and publicly declare intent to marry. I find this practice commendable seeing as marriage is more than a union between two individuals. It makes perfect sense to me, for the families to get to know each other, air whatever misgivings they may have and settle any differences before proceeding to unite with each other. This makes even further sense when we consider the way traditional Cameroonian communities are structured. Our definition of the word "family" is very fluid and meanders around to include anyone who can conceivably be associated to the unit. Traditional practices such as knock-doors hence fit well within the context of such associations. By marriage, you just don't acquire "in-laws", they literally become family, so any practice which makes for better communication gets my support. 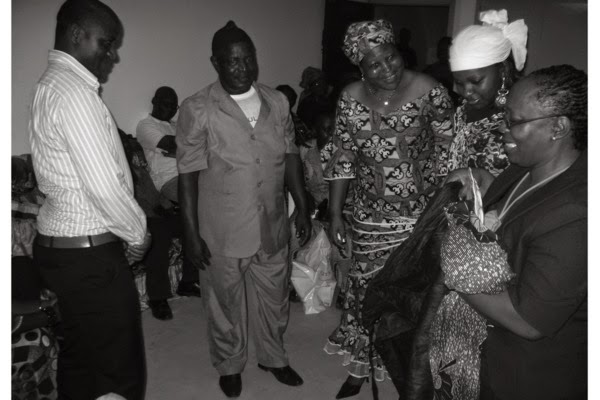 How does tradition contribute to gender inequalities?

So how then, indeed, does tradition contribute to gender inequalities? Well, if the tradition - the way of thought, action, or behavior - that has been given to us by those who came before us, is one in which the political, economic, cultural and  social  mandate of women is subject to persistent attempts at annihilation(basically patriarchy), what do you think happens? The problem is not in the fact that there are thoughts, actions, or behaviors being handed down from one generation to another. The problem lies in the fact that sometimes, these thoughts, actions, or behaviors that are transmitted are either inherently faulty in and of themselves (Female Genital Mutilation, Twin Killings, Albino sacrifice are examples that come to mind) or they  fail to adjust to the needs, demands and realities of the generation to which they have been transmitted.

The world is not static. Greek philosopher Heraclitus is thought to have said:

Heraclitus is also credited with the truism "The only thing that is constant is change."  Tradition, like I said before, gives a people a frame of reference with which to deal with each situation they face, both familiar and unfamiliar. All of this happens in the broader framework of a world that is constantly changing. There is hence need for the people to constantly be engaged in the process of evaluating their traditions to continue to make it applicable to the world they live in, otherwise they will find themselves with traditions that are at complete odds with the world they live in. But isn't that contradictory, you ask? Isn't tradition supposed to be a way to ensure "...cultural continuity in social attitudes, customs, and institutions." Well I ask you, what is the goal here? To ensure the continuity of the people or the continuity of their tradition/culture? I believe the ultimate goal of any tradition is to preserve the people, keep them and their descendants alive and well in the present and future world. The conditions which dictate how that preservation is carried out, are set by the world - the physical world, as well as the economic, social and political world. The moment a tradition can no longer ensure that preservation, to hold on to it is folly.

I'll illustrate. In Cameroon, ceremonial cutting is a common practice for healing purposes. Medicine men usually have ceremonial knives or blades,which they use repeatedly and which are supposedly imbued with healing powers. At the height of the HIV/AIDS pandemic in Africa, medicine men were encouraged to ditch their ceremonial implements and use a new blade for each person. The traditional practice had to adjust itself to the physical and social realities of the world or face the spread of a disease that would decimate it's populations. The goal of tradition is to is to preserve the people.

We live in a world where the physical, political, economic, cultural and social climate is one which increasingly demands that the mandate of women to live self-actualized lives be recognized and respected. In many cases today, the survival of the family/community unit is dependent on women being able to bring in income/material goods, live healthy lives, and speak authoritatively on issues that affect them directly. We will be failing ourselves if we do not adjust our traditions accordingly, but continue to allow them propagate a system which strips these women of the ability to do these things.

How do Cameroonian women contribute to promote tradition?

As with patriarchy, the major way in which we contribute to promote tradition, is because we believe in it. This would not be a bad thing, but for the fact that we are not critical enough of our traditions. We follow blindly even when these traditions hurt us. Female Genital Mutilation is a practice carried out by women on other women. Mothers often are the ones encouraging their daughters to be "good girls" so they can find husbands, even though being a "good girl" usually means squashing every bit of ingenuity the girl might have. What compounds this is that an educated/inquisitive mind is best able to be critical and discerning,  so discouraging girls from the path of curiosity only ensures generation after generation of mindless followers. 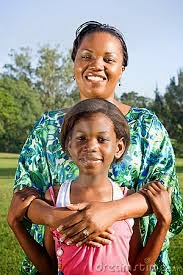 I can say with absolute certainty that I owe my independent and resourceful spirit to my mother. She comes from a time when women were still more bound by the system of patriarchy, but by word and example, encouraged each of her daughters to not just be educated, but independent thinkers who are able/willing to take care of themselves. I saw proof of this during my more rebellious teenage years when I abandoned the Catholic faith that was the tradition in my family. Now, those who know my mother will know that she is very Catholic. It goes beyond the executive positions she holds in the Catholic Women's Association, my mother is a deeply spiritual person with a sincere belief in the way of Christ and His Church. Having a child turn her back on this faith she holds so dear was definitely a blow to her both at a personal and public level. However, during one of the many conversations I had with her, she said this to me:

"Pretty, I born you but I no make you (I birthed you but I did not create you). You have your life to live. I am more concerned with your personal relationship with God and your safety. Go where you want to go and look for the truth wherever you want. Just don't lose that connection and don't do anything that will put your life in danger."

I am still on that journey, and every time I talk with her she expresses her confidence that I will find my way. For her, it has always been about me the individual and my continued survival, spiritual, physical or otherwise, and not about the preservation of a tradition, the confines of which I clearly had outgrown.

Cameroonian women:  mothers, daughters, sisters, cousins, aunts, grandmothers etc need to stop allowing the propagation of traditions, without critically examining them to ascertain whether or not they make for the survival of women in the best possible  state of safety, health and well being. Until then we will remain its victims.